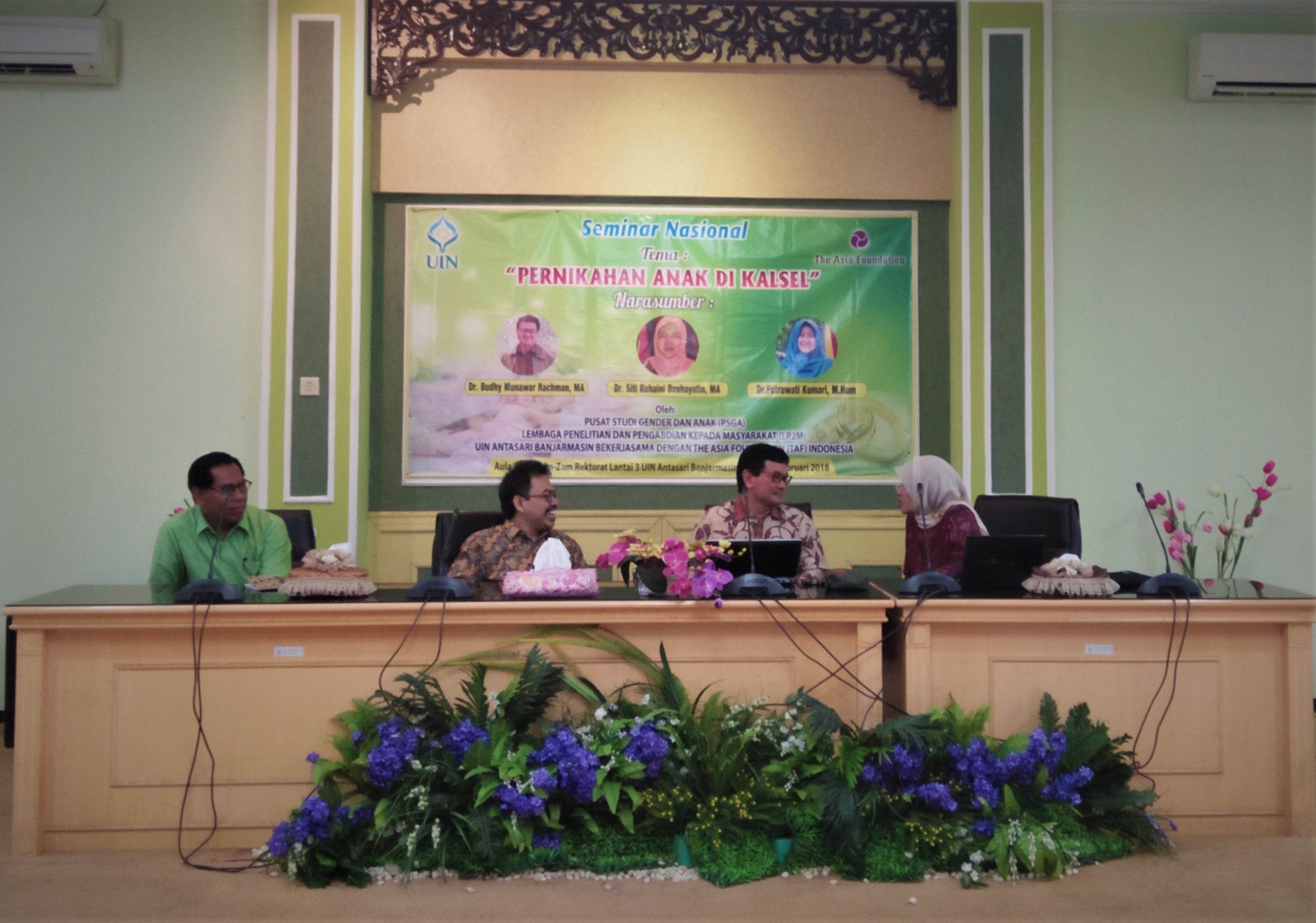 “This seminar is part of UIN vision, which is to be the center of science integration, locally based, globally connected. Local based agenda is manifested in concerning social problems around us. One of them is child marriages in South Kalimantan, “ stated the rector in his speech. This is part of community services based on scientific researches, he added.

The seminar was opened by Dr. Budhy who presented data in 2014 in which 25% of children get married under age 18. “There are 37 countries dealing with the same kind of problem, and Indonesia has the 10th highest number of child marriage.” declared Budhy. This is worse because the Constitutional Court of the Republic of Indonesia rejected the change in Law No. 1 of 1974 on Marriage. The Constitutional Court rejected to raise the minimum age limit for female children to get married which made child marriage rate in Indonesia even higher. Meanwhile, Dr. Siti Ruhaini Dzuhayatin explained that child marriage is related to three things: family, funding, and fate (nasab, nisab, dan nasib). “The relation between child marriage and child sexual relationship should be reexamined. Child marriage mostly happens in Asian countries while child sexual relationship happens in the West. Therefore, parents role is very crucial in this case, “ said Siti Ruhaini, the former head of human right of Organization of Islamic Cooperation (OIC). 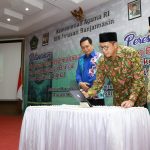 The First Time, UIN Antasari Launches the Application of Banjarese Translation of Alquran