Monday (2018/02/26), Minister of Religious Affairs, Lukman Hakim Saifuddin, officially announced digital Alquran and its translaton in Banjarese along with opening a new building Islamic Economy and Business faculty at UIN Antasari Banjarmasin. Located in Mastur Jahri hall, this agenda was attended by the vice governor of South Kalimantan, Rudy Resnawan, and the Head of Regional Ministry of Religious Affairs, South Kalimantan, Noor Fahmi.

In his statement, the rector Prof. Dr. H. Mujiburrahman, MA., stated that Banjarese Translation of Alquran was a cooperation between the National Ministry of Religious Affairs and UIN Antasari. “We are delighted that the Banjarese Translation of Alquran will finally be launched to society. We are also grateful to the National Ministry of Religious Affairs for the help,” he said. Meanwhile, Rudy also asserted the support of Provincial Governement of South Kalimantan to UIN Antasari. “The provincial government is very happy about the Banjarese Alquran Translation, which have been waited by the society. We keep our support to UIN Antasari because this institution is belong to us all,” welcomed Rudy.

The translation into Banjarese language are the work of several UIN Antasari lecturers; some of them are Prof. Dr. H. Abdul Karim as the leader, Prof. Dr. H. Akh. Fauzi Aseri as regional coordinator and Dr. Wardani, M. Ag., Dr. M. Rusdi, M. Ag., and Dr. Dzikri Nirwana, M. Ag as the members, along with Dr. H. Zulkifli M. Pd from ULM.

Indonesia is a heterogeneous society in so many ways, including language. “The purpose of Alquran translation into regional language is to give easiness and access for the society to get close to their mothertongue. We need to remember that the essence of Alquran translation is not in the Alquran itself. Alquran is the words of God, Allah SWT, while Alquran translation is the work of human which is normally not flawless and colored by multiinterpretation,” affirmed the Minister. In this opportunity, the Minister also asserted that differences should not be responded reactively because it can create conflict. Religion should be viewed from the substantial perspective, he said.

In this occasion, the Minister of Religious Affairs also officially opened the new building of Islamic Economics and Business Faculty. This integrated building finded by Islamic obligation (sukuk/SBSN) has been visited once before by the Minister.  The building establishment is expected to be able to facilitate the academic activities of students of the new faculty (pr). 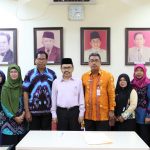 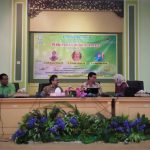 Child Marriage is at ‘Emergency’ Level in South Kalimantan