Wednesday (2018/08/01) –  Center for Gender and Child Studies (PSGA), UIN Antasari, once again cooperated with the Ministry of Women Empowerment and Child Protection (KPPPA) of Indonesia. This time was to run Training for Lecturers on the Implementation of Gender Responsive Curriculum which was a continuation of the prior agenda. Located at G’Sign Hotel Banjarmasin, the agenda was attended by the Head of Bureau of General and Financial Affairs (AUPKK), Drs. Saifi, M.Pd., delegation from Foreign Representative Office Indonesia (KPPA), Dr. Heru Karsidi, M. Sc., and invited lecturers from all faculties in UIN Antasari, each of which delegated 8 lecturers.

“UIN Antasari is thankful to KPPA (Foreign Representative Office Indonesia) for this cooperation. We believe this is very important to support the integration between gender responsive studies and the curriculum of UIN Antasari”, said Saifi while opening the agenda. It was then emphasized by Heru that cooperation with PTKIN is very useful for the development of the existing curiculum. “So far we have cooperated with 18 PTKIN. We saw strong potential to keep gender equality through this cooperation. Gender eqality in Indonesia has actually developed from studies of Alquran and later on taught to students at PTKIN. This way we hope students will continue to carry on the values to society,” said Heru.

Heru also expected that cooperation between KPPA and PTKIN can support national development in the long term. Beside, the research findings especially from the lecturers can be the fundamental consideration for policy makers. This opening was followed by the material delivery entitled Gender as Social Construction by Dr. Wawan Djunaedi and PUG Policy at PTKI by Dr. Suwendi, M.A (the Head of Sub…. of Penelitian dan Pengabdian pada Masyarakat Kemenag RI). (fdh/pr) 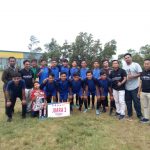 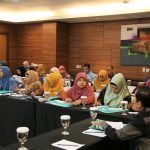