In that moment, there was an attendance of  the Vice Rector for Student Affairs and Cooperation of UIN Antasari Banjarmasin, Dr. Hj. Nida Mufidah, M.Pd, the Dean of the Faculty of Sharia, Dr. H. Jalaluddin, M. Hum, the Dean of the Faculty of Ushuluddin and Humanities, Dr. Irfan Noor, M. Hum, the Vice Dean of Common Administration, Planning and Finance of Da’wah and Communication Studies Faculty, Dr. Zainal Fikri, M.Ag., MA, the Head of Delegation of the International Committee of the Red Cross (ICRC) for Indonesia and East Timor, Alexander Faite, the Head of the South Kalimantan Indonesian Red Cross (PMI) H. Gusti Iskandar Sukma Alamsyah, SE., MM and the lecturer of Islamic Law in Islamic Higher Education Institution of the eastern and central parts of Indonesia.

In his speech, Jalaluddin said that this was the third activity that was held by the collaboration between the Faculty of Sharia and the ICRC Jakarta. According to him, the implementation of the certified course activity is very good, especially since there is no conflict between Islamic law and international humanitarian law. In fact, there are always new findings related to the exploration of laws relating to humanity in an Islamic perspective.

Dr. Nida Mufidah, M.Pd, in her remark said that she welcomed the certified course activities related to international humanitarian law and Islamic law. According to her, this is expected to be able to bring UIN Antasari Banjarmasin’s academics closer to various issues concerning humanity, so that they can provide important contributions to humanitarian works and the development of human civilization which are in line with the implementation of the Higher Education Tridharma, especially in community service .

“So far, the campus often gets criticism because it only becomes an ivory tower that rises high into the sky, but it is not grounded. For that reason, we, as the leaders really want the campus of UIN Antasari Banjarmasin to be the main partner for the community. Global-oriented, but not forgetting the roots where it grows, which are the community with their problems around them, mainly related to humanity” as she has said.

“Then, in order to strengthen the moral development for the students of Antasari Banjarmasin, we can also cooperate with the ICRC in terms of drafting guidelines in the form of modules that will later be used as activity guidelines for students in Ma’had al Jami’ah (Campus Dormitory) or the preparation of a curriculum that contains the principles of universal humanity in certain subjects, ” as Nida said.

Finally, Nida said that the issue of humanity is our common duty. Especially as academics, of course there is a burden of obligation not to just curse in silence while witnessing various humanitarian problems that are increasingly prevalent today. For this reason, through cooperation with the ICRC, we expect not only to be able to increase insights related to international humanitarian law, but also to maximize the benefits of various efforts related to humanitarian issues, both handling and prevention. (rdh-humas) 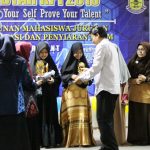