Vice Rector for Student Affairs and Cooperation UIN Antasari Dr. Hj. Nida Mufidah, M.Pd and 10 student representatives from UIN Antasari attended the opening of the 5th Borneo Undergraduate Academic Forum (BUAF) Located in the Hall of Sheikh Abdur Rani Mahmud IAIN Pontianak. This year BUAF was organized by IAIN Pontianak. Also attending the event were the Secretary-General of the Ministry of Religion of the Republic of Indonesia, Prof. Dr. Nizar Ali. M.Ag., Governor of West Kalimantan H. Sutarmidji, SH.,M.Hum, and Rectors of State Islamic universities from Kalimantan and outside Kalimantan both in person and online. 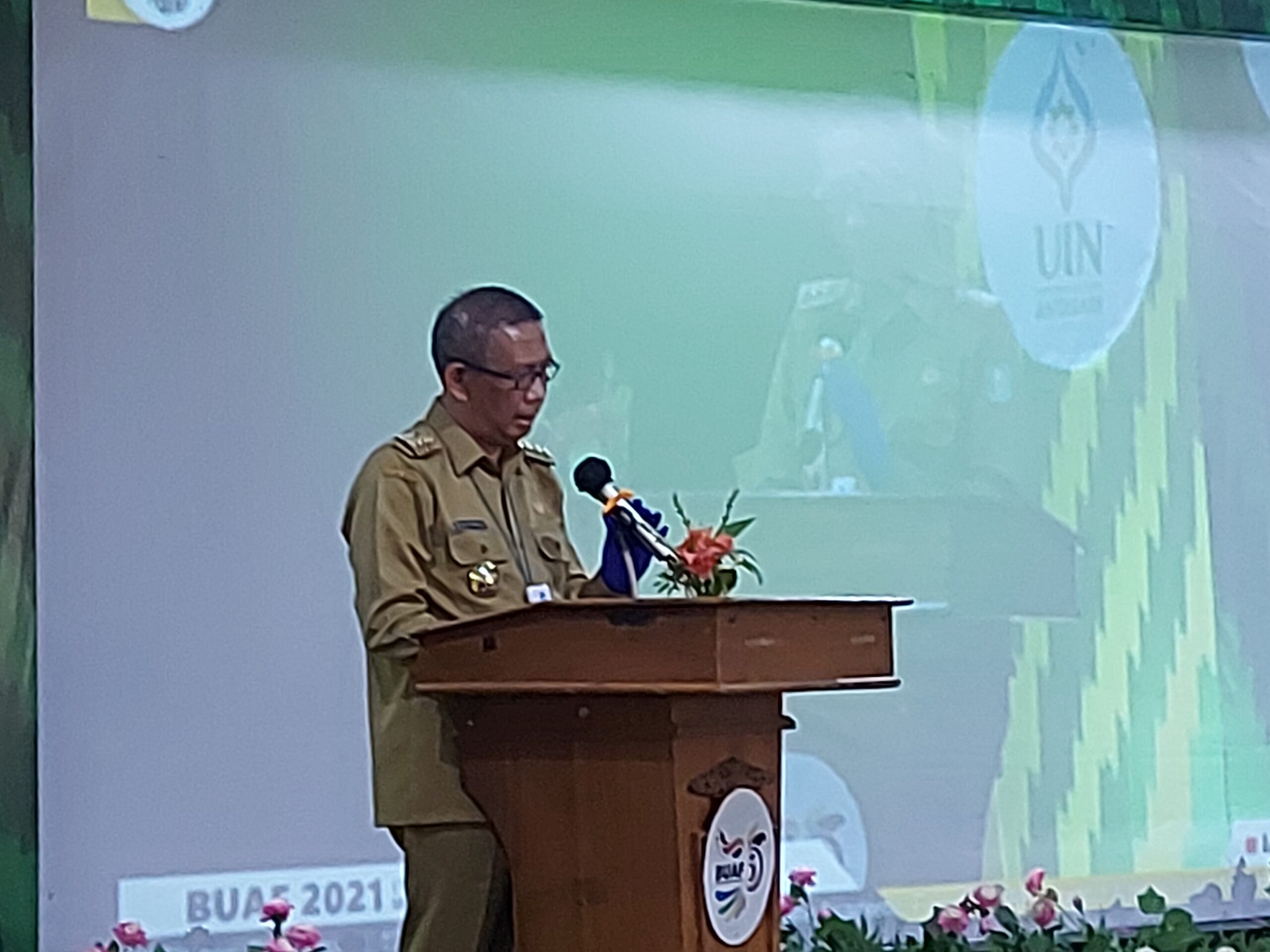 In his remarks, the Governor of West Kalimantan H. Sutarmidji, SH., M.Hum gave a mandate to Islamic universities as one of the axis of Islamic knowledge in Indonesia in implementing Islamic teachings during the COVID-19 period. How Islam teaches when a place is attacked by an epidemic as happened during the time of the Prophet is an example that we can emulate, he said. The Governor of West Kalimantan on this occasion also expressed his hope that through this BUAF meeting, we can produce positive knowledge so that we can face the COVID-19 pandemic. In line with the statement of the Governor of West Kalimantan, the Secretary General of the Ministry of Religion of the Republic of Indonesia, Prof. Dr. Nizar Ali. M.Ag who on that occasion also officially opened the 5th BUAF,  stated that this year’s BUAF theme, People and science in the COVID-19 Outbreak, was very relevant to the conditions faced by Indonesia today, even the whole world.  In addition, he also praised the development of BUAF, which has entered its 5th event. In its journey, BUAF is not only a demand of students from State Islamic universities in Kalimantan, but also from of Islamic universities throughout Indonesia. This shows that BUAF has developed into a prestigious event,” he said. The 5th Borneo Undergraduate Academic Forum held on 12-14 October 2021 at the IAIN Pontianak campus. UIN Antasari Banjarmasin succeeded in sending 25 student articles from various faculties to appear in 21 Parallel Sessions both offline and online